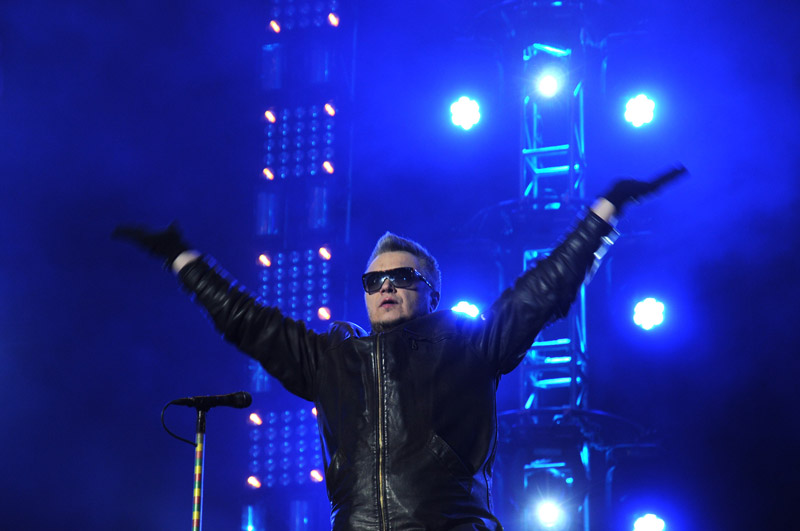 Team T.LOVE Alternative (Alternative Teenage Love) was established in January 1982 under martial law, and functioned under this name until 1987. They made it: Zygmunt (Alfonso) Staszczyk (vocals, bass guitar also initially), Janusz Knorowski (electric guitar ), Dariusz Zając (keyboards) and Jacek Wudecki (drums) – colleagues attending the IV High School in Czestochowa. In 1983. Malbork performed during the festival “Malrock” where you, playing a guest, Absolute Beginners presented on a large stage with bands strictly professional. In the same year he joined the band: guitarist Wojciech Wierus, replaced six months later by Andrzej Zeńczewskiego, and Jacek Śliwczyński, who took over the role of bassist Munk.

In 1984 T.LOVE Alternative starred as a star at the Festival in Jarocin. The material was recorded in the first cassette “Our Bubelon”, also known as “Our Babylon.” Title Records officially publisher plates, did not really exist, and cassettes were distributed during the concerts.

Another year brings an invitation from Tonpressu to participate in the recording compilations “Even the younger generation.” The band recorded the song “Zabijanka,” and besides – during the 5-hour session just – recorded material for their second underground cassette entitled “Chamy go.”
Alternative T.LOVE also had experience in Poznan, Arena Rock Festival, but Alfonso and Jacek (Elephant) Wudecki were detained by militia Citizens for having too much alcohol … and the concert did not happen.

In 1987 the band changed its name to T.LOVE, the current drummer is replaced by a music group Kobranocka, Piotr Wysocki. A year later, sales saw the first official album of the band, recorded in a new composition, Fri. “The locals – live”. In 1989 T.LOVE seems another album, “Education”. Shortly afterwards, Alfonso leaving for England, which becomes the cause of the disintegration of the team.

Staszczyk returned to Polish in 1990 and reactivated T.LOVE. From the former composition does not remain, however, no one except the singer. The new were: guitarist John Benedek drummer Jaroslaw (Sidney) Pole, as well as guitarist and bassist Krzysztof Szymański Przemysław Wójcicki. Soon, the band recorded a new album, released in 1991, “Love Missile”, containing m. In. the song “Warsaw”.