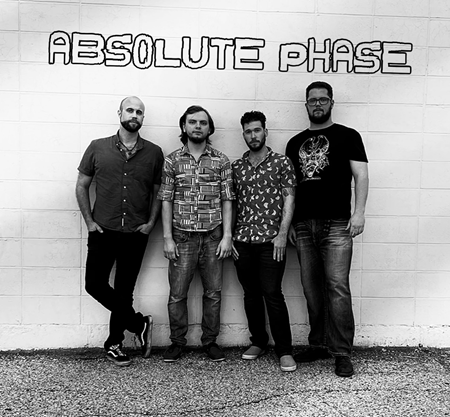 Absolute Phase has opened for global acts including Otherwise and Spoken, kicked off the finals of the Chicago Wolves, participated in Bands on Broadway by partnering with the City of Chicago and Edgewater Chamber of Commerce, brewed their own beer from McHenry Brewing Company called Absolute Haze, threw a successful Ukraine refugee relief fundraiser called A Brew For A Life, and have been playing shows at staples of the Chicagoland Area such as The Cubby Bear, Basecamp, Q-bar, Reggie’s, The Arcada Theatre, All State Arena, and many more. The band has also been featured on FOX, NBC, CBS, Benzinga, Marketwatch, Garage Bands, Rock Rage Radio, The Tasting Room, The Daily Herald, Fireworks Magazine, Shewolf, and have even been on the radio all over the world with IHeartRadio, WCPT, KISS, WZRD, KIIS, among others. Finally, they have a new full length album being recorded and released by the end of the year for your daily listening consumption.