We welcome the Four C Notes for their first performance at the Taste of Polonia Festival. 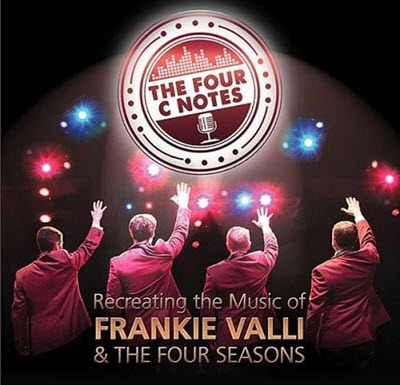 Recreating the music of Frankie Valli and the Four Seasons are the Midwest’s only tribute to this iconic group, who’s rags to riches story was the basis of the smash hit JERSEY BOYS!

The show is 90 minutes of nothing but the best of Frankie Valli and the Four Seasons. Performed with either high quality music tracks OR a live band, it is a non-stop party with four guys in matching outfits singing some of the biggest hits of one of the most iconic groups of all time!

Based out of Chicago, The Four C Notes features John Michael Coppola, from the home town Broadway production of the record breaking musical, JERSEY BOYS.

The group has been seen all over the country since 2013; From Des Moines, to Milwaukee, to Omaha, to Baltimore, to D.C., to Maine. A local group with a national following, The Four C Notes are a real value!

The Four C Notes will feature all the hits including: “Sherry,” “Walk Like A Man,” “Can’t Take My Eyes Off of You,” and more.