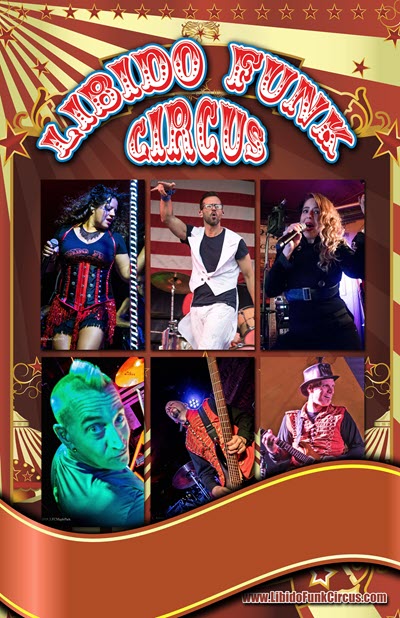 From diehards to brand new fans, everyone seems to be asking the exact same questions about Chicago’s premiere dance and party band, Libido Funk Circus:

“Where do they get the energy to do that every night?”
“How many songs do they KNOW?” And our personal favorite…
“How long can they possibly keep this up?”

For those who aren’t familiar with LFC’s legendary, high-energy shows, here’s a peek behind the curtain!

While LFC’s musical catalog has certainly become their trademark, it’s only half of the story. This tireless, seven-piece band is on a quest to entertain at any cost! Did we mention there are THREE dedicated lead vocalists, including one guy and two girls? And all seven band members sing!

Here’s the deal… Libido Funk Circus is the best dance band in the Midwest! Don’t believe me? Go check ‘em out for yourself!