Usual Chaos is a new band to the Taste of Polonia Festival in 2014.  This young band is BLASTING into popularity and plays rock, pop, and country. 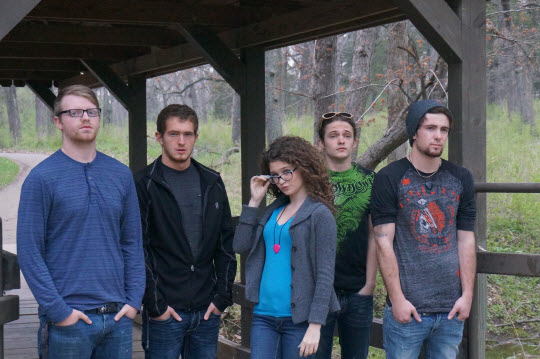 Since inception in 2011, Usual Chaos has evolved quickly into mature talented performers. Their bookings and fan base are ever increasing. Their first EP was released June 28th, 2013, at Bourbonnais Friendship Festival.

Usual Chaos from the Kankakee IL area plays rock, pop and country. Their main gigs consist of fairs and festivals, playing a wide variety of music, something for everyone.

Their story started six years ago when brothers, Brett and Tyler, started playing the drums and guitar. They realized a singer would need to be added next. Brett went to the local music store and placed a single yellow sticky note “Singer Wanted, Call.” Stephan found the note and called. From there Stephan sang and played the bass guitar and the band was formed.

They played house parties for the next two years, until a local Battle of the Bands. They knew several bands from the area would be entering and felt confident they could win, but to better the odds, Stephan asked his sister, Sophia, 13 at the time, to join them. They won the battle, and Sophia was discovered, they finished out the summer being asked to play at some very exciting venues including opening for Crossin Dixen and Jason Michael Carroll.

Since then, the band has continued to play in venues in Illinois and Milwaukee. Added bass player, Devon, and recently opened for a Billy Currington concert. They have consistently been asked back to several festivals year after year.

Stephan, Sophia and Brett write the original music for the band, and released their first EP last June. They are currently working on new material for an album. Take a minute to check out the video below. Do you want to take a guess at the lead singer’s age?  → She just turned 16 for that demo.  See them Saturday, August 30th from 4 to 5:30 pm.